Next
2008 The Inaugural AW&TRS Conference, Darwin

The inaugural AW&TRS conference was held this year in Darwin from May 6-7. This was an excellent opportunity for Australian researchers to learn about all of the exciting research occurring both in Australia and overseas. Also, as it led on to the Australian Wound Management Association conference, it gave many people a chance to learn more about the clinical aspects of their research. The conference was launched with an excellent dinner at Pee Wee’s situated in a marvellous and inspiring place along the bay and decorated for the occasion by a beautiful sunset over the ocean. The core of the conference was on the second day and the scientific program showcased a great look into many of the wound research occurring around Australia. From work into novel growth factor complexes, to studies into the gene flightless and its contribution to wound healing, many groups are tackling wound healing and tissue repair research from many interesting and different angles. In addition, both the international speakers, Prof Mark Ferguson (Renovo, Manchester, UK) and Prof Greg Shultz (University of Florida, USA) gave inspiring presentations regarding their work, especially in terms of the transition from bench to bedside. 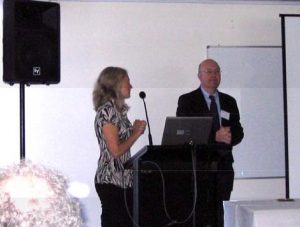 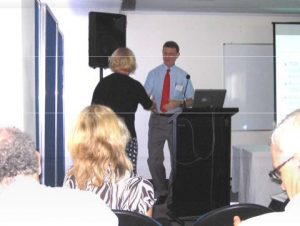 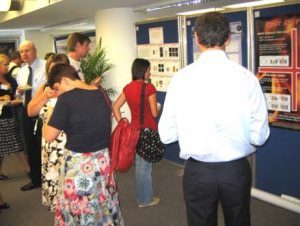 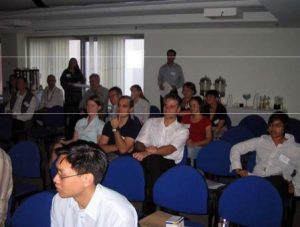 Pictures of the award winners at the first AWTRS conference in Darwin. The Tissue Therapies Travel Award winners were—James Broadbent QUT, Kelly Veale CHBRI and Zlatko Kopecki WCHRI. The BIORAD Early Investigator Best Poster award went to Walter Chan WCHRI. The Biorad Early Investigator Best Oral Presentation award went to Erin Rayment QUT and the ConvaTec prize for the best overall presentation went to Andrew Holland CHBRI. AWTRS is very grateful to the sponsors of these awards and would like to acknowledge the importance of these awards in facilitating the attendance at the conference of young investigators and in recognising their research achievements. 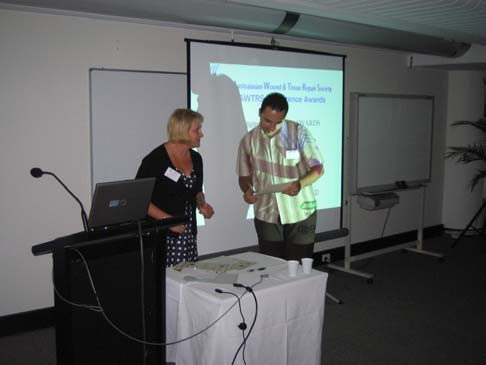 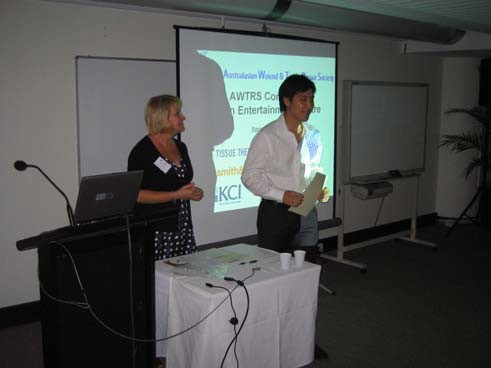 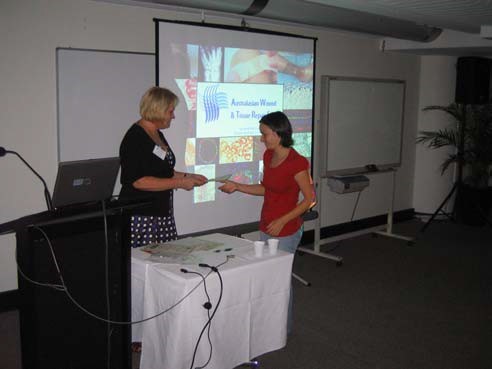 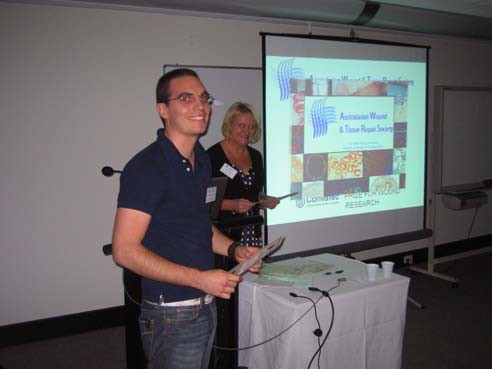 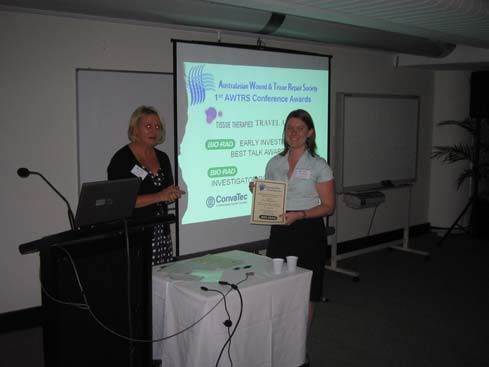 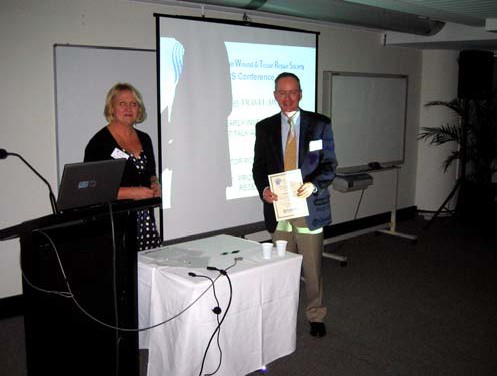 As a newcomer to the working world of science (I started work in January this year!) I was extremely excited to attend my first conference, the inaugural AW&TRS conference. Having spent the vast majority of my fledgling career in a tissue culture room or tethered to a computer, I appreciated the opportunity to take my learning outside of the lab and into the scientific community. In particular I was looking forward to meeting others in my field and learning what discoveries they had made. It was also an opportunity for me to present some of my own findings to my peers.

I was not disappointed. The conference was small enough as not to be overwhelming and the environment relaxed, due largely to great organisation by the committee. I wasn’t entirely sure how I would relate to all the different topics being explored or if most of the information would be over my head, but I found that I was able to grasp the central ideas of all the talks, thanks to the high quality of all the speakers. It was amazing for me to see so many different perspectives in wound healing both near and far from my field of study.

It was inspiring to hear from the speakers whose work was now in the clinical trial phase. Prof Mark Ferguson’s discussion of the lack of scar formation in embryos and the subsequent discovery of TGFβ3 as a weapon against scar formation presented an exciting new frontier in wound healing, as did the work of the Tissue Repair and Regeneration Program at the Institute of Health and Biomedical Innovation at QUT. I can’t wait to see how these stories progress and see them having real world applications. When you engulf yourself in your small filed of interest it is hard to visualize how the minor discoveries you make will have an influence on the bigger picture. It was important for me to see how seemingly small discoveries can help fill in the puzzle and contribute to real world solutions.

As prevention is better than the cure, it was interesting to see some genetic linkage studies in relation to venous and diabetic ulcers. Identification of particular populations that may be more at risk could result in more being done to prevent these types of wounds from occurring and becoming a major source of morbidity.

Prof Fiona Woods’s discussion of the link between the nervous system and wound healing outcomes was of particular interest to me, as I have a neuroscience background. As we learn more and more about the nervous system it becomes more apparent that no single body systems works in isolation and that an imbalance in one can have important implications for the others.

It was also encouraging for me to see the vast contribution that young scientists make to the field. This has motivated me to take on my own PhD next year. However, the most exciting thing for me was to see work that I had contributed to being presented at such a prolific gathering of Australia’s leading wound healing and tissue repair scientists. I would like to thank my Lab Head Dr Rachael Murray for allowing me the opportunity to attend the conference and learn so much about my field. I can’t wait till the next conference! Perth 09 here I come!