Who would have thought that RAB27a, SOX18 mutant mice, Flii, FnAbs, WNT/β-Catenin, MSC like pericytes, APC binding to TIE2, IgE receptors, Fc epsilon RI, AN2728, AN2898 and 3L compression bandages could be so important in the quest to improve how medicine looks after people with dermatological and healing problems. For the uninitiated the acronyms listed may not mean much, in fact you could be forgiven if you thought some of these were more aligned to an episode of Dr Who or Star Trek. But at the recent AWTRS and ASDR conference held in Sydney a group of dedicated and talented researchers shared their research findings and acronyms with other researchers, academics and clinicians. Delegates learnt that RAB27A may switch off melanoma cells; that: preclinical data shows FnAbs play an important role in wound repair; APC uses TIE2 to prevent endothelial barrier function and prevent leakage in vivo; AN2728 and AN 2898 ointments can improve symptoms of de matitis; and, a three layer sock-like bandage is a simple-to-apply and cost-effective intervention to heal venous leg ulcers. As well as podium presentations the conference included poster sessions, an ECR networking event, harbour cruise and gala dinner; the overall result being an outstanding three days of science, networking and inspiration. Below are some of the many highlights.

The pre-conference Master Class of the 2012 AWTRS/ ASDR conference was held on Tuesday, May 24, and was divided into three sessions allowing an exciting opportunity for an array of early career researchers to share and present their work and interact with established and successful scientists and clinicians. The first and second Master Class sessions were chaired by Dr Leila Cuttle who encouraged speakers to introduce themselves by sharing an interesting personal anecdote or fact to help foster a bond between the young scientists. Master Class session I encompassed high calibre research presented by young investigators with presentations on a variety of topics including: identification of novel regulators of melanoma proliferation and invasion; description of novel roles for pericytes in epithelial tumour cell growth and description of novel mouse models allowing monitoring of regulators involved in hair cell cycle dynamics.

Master Class session II followed with equally exciting research with talks on the latest research in angiogenesis and leg ulcers. This session was highlighted with talks describing the use of human skin equivalent models in wound healing research and a report on the human randomised control studies using three layer tubular compression systems – again identifying the need for ongoing research using different systems and human randomised control clinical trials in order to develop new therapies and best clinical practice for treatment of different wound pathologies. The interesting and exciting research presented by young researchers in the Master Class as well as throughout the conference promises a bright future for continual development of wound healing and tissue regeneration research, improved clinical practice and novel therapy development in Australia.

The final Master Class session of the day was a panel discussion featuring Sabine Eming, Chris Little and Gary Shooter with Zee Upton as chair. This informal interactive session was fuelled by chocolate bars and good humour and gave ECRs the opportunity to ask questions of the panel about how best to have the career you want and stay whole and happy in the process. It was interesting to hear of the different journey each panel member took and how in many instances one ends up where s/he started (state/institution/ department). The session highlighted the importance of mentorship and showed that ongoing learning continues no matter which level you achieve and doesn’t end with the NHMRC post-doc fellowship. In fact it’s just the beginning to set the foundation of achievement of career opportunities. Delegates heard stories from the panel that most productive careers are based on collaboration, collegiality and clear communication and that it will be these 3 Cs that will help ECRs better understand different perspectives and build networks to continue to impact their research fields.

Over the course of three days, 42 scientific posters were presented, inviting researchers to engage in collegial discourse on some of the most current developments and hot topics in wound and skin research. Six international delegates and thirty six domestic delegates presented a range of interesting topics, including a number of posters on various compounds and proteins involved in skin development and wound healing, chronic wound biomolecular profiling, the anti-microbial effects of Manuka honey and the epigenetic changes in the DNA of scar tissue cells to name but a few. Of particular esteem was the winner of the AWTRS Poster Award, Ms Jacqui McGovern. Ms McGovern presented data on the characterisation of a three dimensional human skin equivalent model, developed in her supervisor’s laboratory, as an alternative to animal and 2D-cell culture based wound research. Growing real human skin in the laboratory, injuring it and examining the molecular changes that occur is an exciting avenue for the future of both wound and dermatological research. 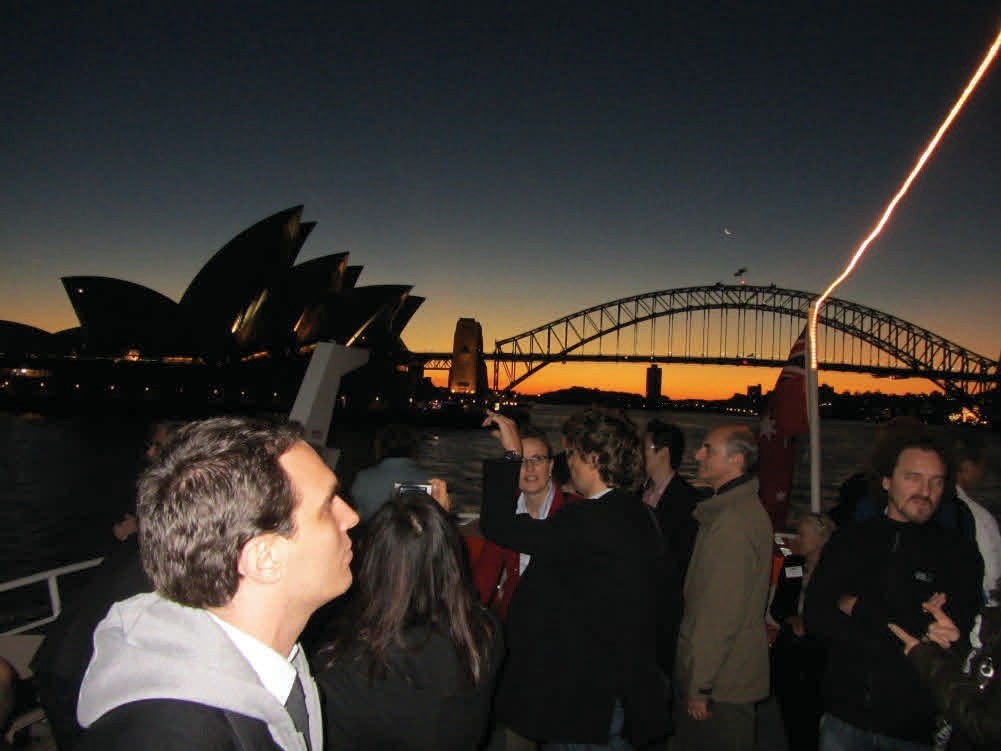 On the boat heading for the conference dinner

Day one had a delightful ending for the contingent of students and ECRs, with the first bi-annual (fingered cross) Young Investigators drinks and mixer, conveniently located just an escalators ride down a level from the poster session to the Pontoon Bar. The promise of a free drink is almost always certain to entice students (and possibly those fresh from being a student) to come along, and that it did! There was a fantastic turn out of students and ECRs representing the majority of universities and research centres present at the conference, making the event a huge success. Who knows where one of the connections made at  this event could lead to in the future – as much successful collaboration has been known to start over a few drinks!

Day 1 of the conference proper began with the thought provoking plenary presentation from Luisa DiPetro. In this presentation the concept of angiogenic regulation through a lack of positive signals was swept aside in favour of regulation via direct ‘stop’ signalling. Delegates also learned that angiogenesis is not always critical to wound healing and that dense vasculature doesn’t always mean functional vasculature. Professor DiPetro’s thorough science and clear communication was inspiring and set the scene for the exciting day of lectures to come.

The morning’s plenary lecture was followed by Session 6: Fibrosis and Scarring. The session featured high calibre talks regarding scar formation, regulation and improvement through the use animal and human investigation. The session rounded out with a rapid but comprehensive journey into the world of Dupuytren’s Disease Research delivered by David O’Gorman. The second plenary of the day was a tour de force of stunning innate immune imaging to demonstrate the mechanism of bacterial immune dampening. The remainder of the day’s sessions covered Inflammation, Diabetes and Chronic Wounds and Cellular Mechanism’s of Repair and featured an outstanding array of talks.

With the day’s formalities at a close the conference delegates climbed aboard the Matilda and sailed off into the sunset. All aboard were treated to a dazzling cruise around Sydney Harbour; the timing could have been more perfect with many fantastic photo opportunities (highly taken advantage of) showcasing the wonders of Sydney Harbour with a sunset backdrop. With the Matilda at its destination, docking just near circular quay, and a small stroll delegates found themselves at The Italian Village for the conference dinner. The conference dinner had all the key components of a fantastic night out, great food, great wine and most important of all, lots of friends and colleagues, both new and old to share it all with (not forgetting a large amount of dancing in the second half of the evening). Many made use of the pre-arranged transportation destined for home (thank you Rachael) while others continued to enjoy Sydney’s nightlife.

The final day of the conference found delegates (some a little bleary-eyed) learning about the latest research being conducted on skin regeneration, skin cancer, blistering diseases, new technologies and biomaterials, as well as an update on the progress being made on a number of projects within the Wound Management CRC. 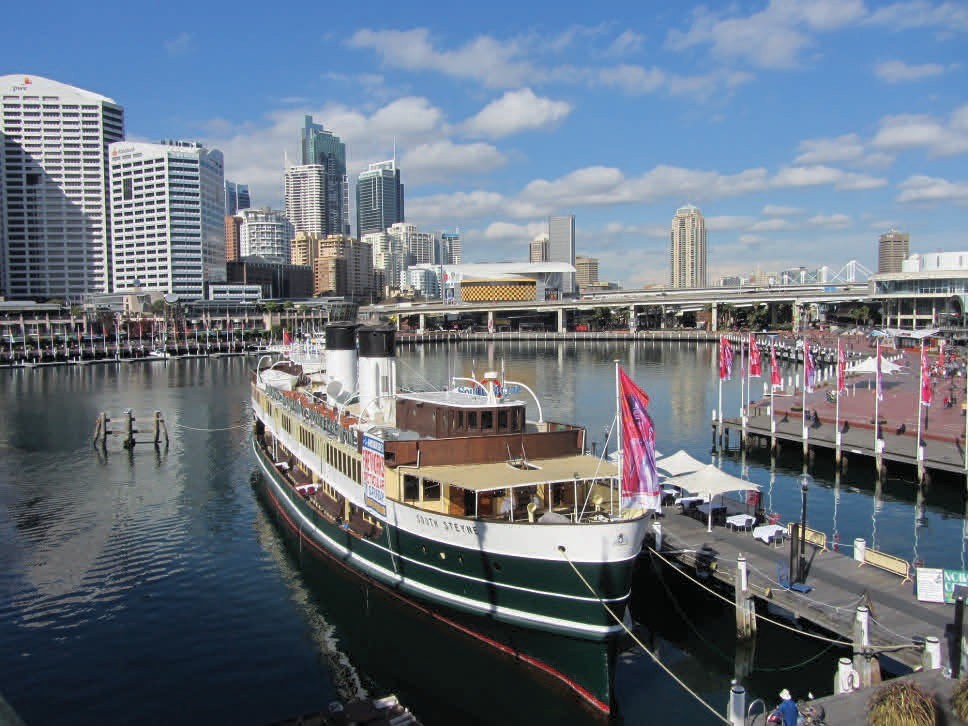 Dr Kerry Manton gave one of the talks from the final session that was a humorous highlight for many. Members in the audience who may have been previously unfamiliar with cell migration were given a brilliant introduction via an analogy with the highlights (and low-lights) from the previous night’s State of Origin NRL match (Queensland having been victorious). The day’s talks also featured the ECR prize-winning presentation by Zlatko Kopecki where he described his work regarding the regulation of Flii in a model of epidermolysis bullosa acquisita and a captivating plenary lecture from Nadia Rosenthal featuring one of Nature’s most efficient tissue regenerators, the axolotl.

The day, and conference, came to a close in the late afternoon. Congratulations were bestowed on the new Society presidents Rachael Murray (AWTRS) and Pritinda Kaur (ASDR). The poster and podium presentation prize winners were also announced and congratulations went to Jacqui McGovern for best student poster (Queensland University of Technology, QUT), Nadira Ruzehaji for best student podium presentation (University of Adelaide, SA), both Zlatko Kopecki (Women’s and Children’s Health Research  Institute, SA) and Kelly McKelvey (Kolling Institute of Medical Research, NSW) for best ECR podium presentations and Philip Tong for best ECR poster presentation (Centenary Institute, NSW). Final words from Pritinder Kaur drew parallels between conference organising and the conception, pregnancy and birth of a child. With the conference at a conclusion Pritinder declared the baby to be beautiful, happy and healthy.

The next meeting of the AWTRS, having already been “conceived”, is scheduled for May 2014 on the picturesque Gold Coast, Queensland. We look forward to seeing you there. 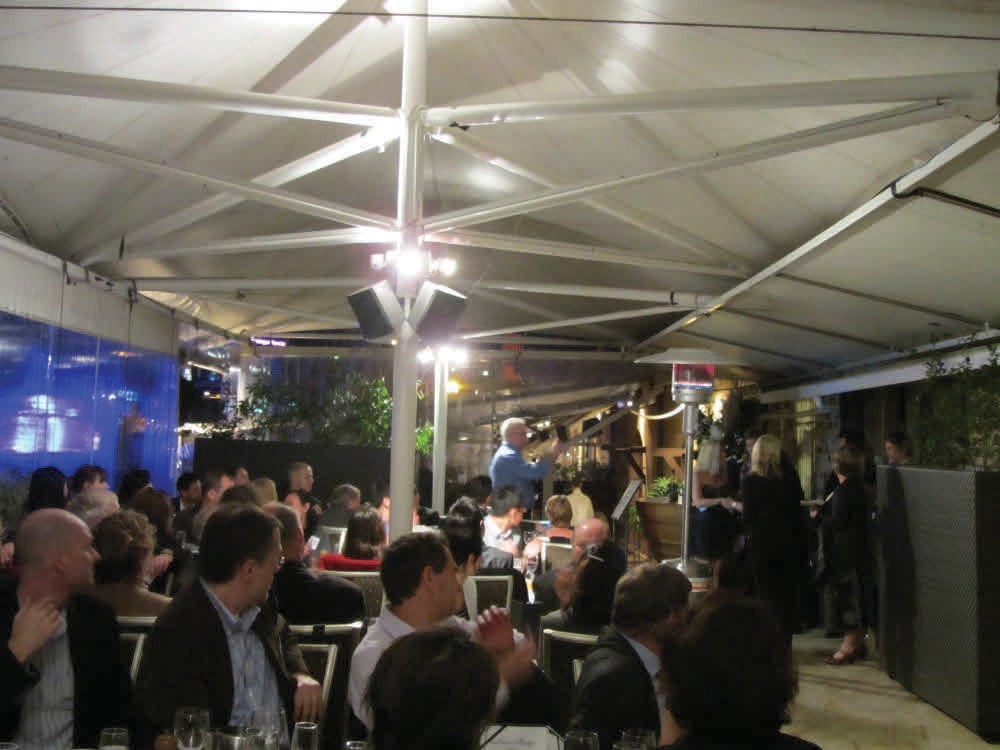 At the conference dinner, prior to the outbreak of dancing

Young Investigator’s Evening at the Pontoon Bar, 22nd of May, 2012

At the recent Conjoint AWTRS and ASDR conference the AWTRS hosted the AWTRS Young Investigator’s Social Evening to provide a friendly venue and atmosphere for Early Career Researchers to get together. This was held at the Pontoon Bar, Darling Harbour on Tuesday, 22nd May at the end of the first day of the conference. Around 30 researchers, ranging from first year PhD students to those well into their postdoc positions attended this social event. The AWTRS sponsored the first few rounds of beverages and nibbles and Ros Barrett-Lennard, who came along to pay for the drinks on behalf of the AWTRS, was kept very busy.

Possibly the greatest benefit of this social event was simply getting to know other students and young investigators from a broad range of universities and institutions around Australia. Young post-docs did their best to offer practical suggestions to help with postgraduate students embarking on a career in science. Small groups were assembled around 4-5 tables and the relaxing atmosphere of the bar was occasionally disrupted by loud laughter and jokes made by the group members. Those of us sitting at Jessica Lindo’s table have heard about her upcoming wedding and how she was due to fly out to England immediately after the AWTRS conference. Congratulations to Jessica and her husband Mark who exchanged their vows on the 9th of June.

The Pontoon Bar, situated on the picturesque Darling Harbour with its trendy music and contemporary outdoor setting, gave the perfect atmosphere for the young researchers to get together and share their experience. Before we knew it, it was time to head back to our hotels, but not without having established many new friendships. Most of the young researchers left the bar at around 10 pm, because some of us had oral or poster presentations the next morning.

The success of this social evening and the conference in general must be put down to the hard work of the Conference Organising Committee and AWTRS students/early career researchers. Special thanks must be given to Ros Barrett Lennard (Conference Organizer) and Leila Cuttle (Student/Early Career Representative) for organising such a successful night. Thanks to all of you who attended the Young Investigator’s Social Evening for bringing your insight, sense of humour and fun to what was an excellent evening.